After a bumpy 2 hours drive from Sun Moon Lake, we finally got to the elusive Lavender Cottage (薰衣草森林). Along the way, we spotted signs tied onto lamp posts and trees to encourage drivers to press on; it was that deep inside the mountains.

The farm is a secret garden dreamt up by two ladies to share their love for lavenders. And the result is nothing short of magical. Now, if you are expecting Provence-like lavender fields, you will be sorely disappointed but this Lavender Cottage in Taiwan makes up for it in little thoughtful ways.

They have a cleansing ritual near the entrance… Which sprays an incredible dose of lavender-scented water. Gimmicky, yes, but fun to try.

Lots of sights to catch…

There are many huggable teddy bears around which are too photogenic not to feature in your touristy shots. From time to time, the farm will host some exhibitions that tie in with the atmosphere. We were in time to view one featuring the works of Marie Laurencin. The toilets looked like they were right out from a modern castle. And flowers that hung down from tree branches which were kind of morbid but attractive. Here is the lavender, finally. It really is just a garden of lavenders.

But it was good enough, before I see the ones in Provence.

And they also made sure that wherever you walked had that extra magical touch. Obviously, they had a restaurant too.

Which was housed in beautiful tea house-like pavilion. They served western-styled dishes and fruit teas. Eating here will set you back by about NT400-500 per person.

You could opt for an alfresco dining experience which features low tables and no shoes. So I wasn’t too amazed by the food but the fries that came with the main course were tantalizing enough to make me get a separate serving at their takeout counter. I favour ketchup, but I’ll admit that the honey mustard was good too. And I swear the fries never seemed to deplete! I took the longest time to finish this cup.

Get some souvenirs here too.

Most of their stuff were pricey but they did have some fragrance pouches that went for NT100-ish which made for good gifts. There were shower products and essential oils…you know, that sort of princessy stuff. You could get some beautiful illustrated postcards to send to family and friends by dropping off at these adorable mailboxes.

The one on the far left is to the future you if you are into this kind of stuff. We covered the place in about 2 hours at a leisurely pace. While it was a tad commercialised and gimmicky, Lavender Cottage does its best to preserve the tranquility and laidback atmosphere. Worth a visit if you are in the area. If you are only keen on their products, they have stores in other places such as Jiufen and Hsinchu.

It was nearly 6:00 PM when we left the farm. By then, we had already been out for nearly 9 hours with 4 hours on the road and we were beat. If we had been up to it, Carton King would have made for a good midway stop since it was on the way from the farm to Taichung but obviously, nah.

Be prepared to set aside a full day for Xinshe if you are planning to head to the area! 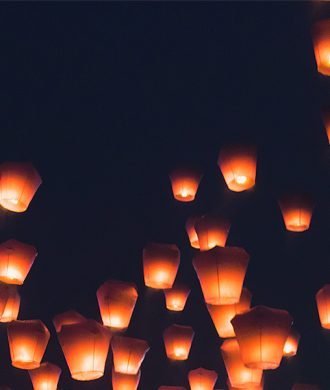